I’ve come to Marrakech for my first workshop at the École Supérieure des Arts Visuelles, graphic design department. It is my first time in Morocco and teaching typography in this context was a very exciting prospect to start with; returning to the Maghreb where I had spent a considerable amount of time as a child (in neighbouring Algeria) – especially after having worked on Maghribi script and type in the form of Aisha – and most importantly, working again with the people most concerned by my work all made for a very promising endeavour. 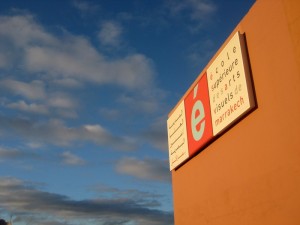 The atmosphere in the school is excellent and, as it is a young institution, things really seem to be fresh and developing. The school is a bright, shining-white building with loads of space and the view to the Atlas mountains made me step back in awe. 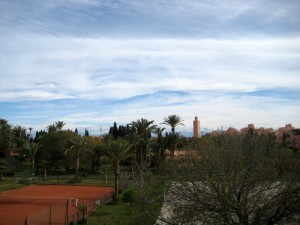 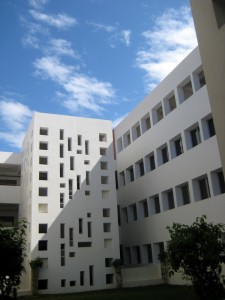 I am teaching the second year, which is the first ever graphic design class of the school. A group of students in their early twenties from various backgrounds, either coming directly from secondary school or having studied in different fields before. 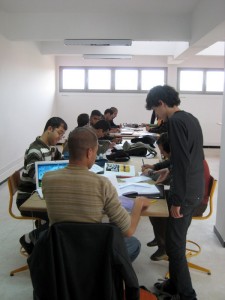 The workshop is conceived as an introduction to typographic design, centred around stencil type and lettering. I opted for this particular setting as it enables students to endeavour into the field with a clear material constraint while remaining formally rather free. Moreover, the practical application provides a welcome opportunity to considerations about type and ‘printing processes’ in a playful way. As it is my first workshop at the ESAV, it is also a testing ground to develop an understanding of the particularities of this institution and its students. 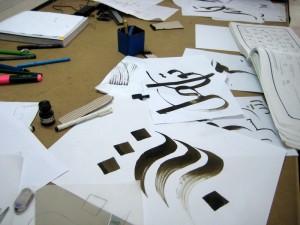 While the start of the exercise contains some difficulties as it does not follow a prescribed path, it has the advantage of allowing as wide a range of formal explorations as possible. 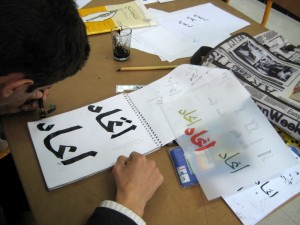 Unconventional and experimental letter forms are as likely to develop as attempts at classic calligraphic forms, depending on student preference and dexterity. 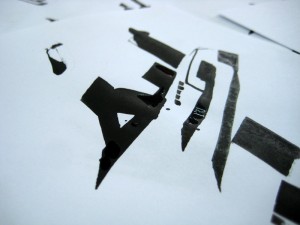 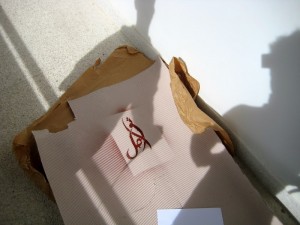 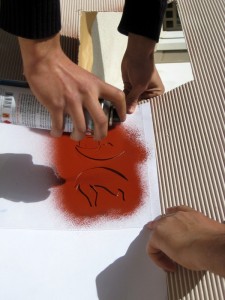 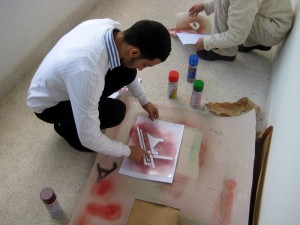 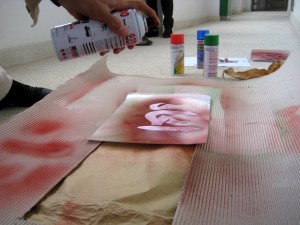 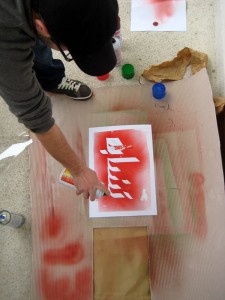 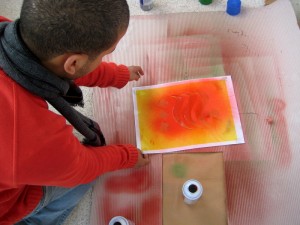 In a conclusive step, the resulting stencil prints are digitised and form the basis for a typographic composition. The addition of type elements and their juxtaposition with the characteristics of spray paint and stencil shapes entails interesting challenges for the students, both formally and conceptually.

In addition to the workshop this week provided an opportunity for me to get an idea of the state of graphics and more specifically letter-culture in Morocco and compare it to the other Arabic-script countries I’ve got to know until now. To me it seemed that the script-awareness and education is not quite as developed as on the other side of the Mediterranean. While some remnants of Maghribi script culture are still to be found, the general image I’ve got (and admitting its superficial nature) is one of generic or at times even neglected letter forms and graphic expression. 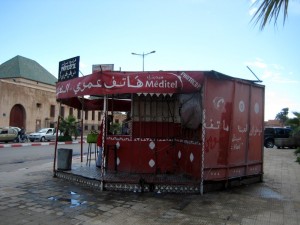 While I was amazed by the high standards of script culture in everyday life of Syria, Jordan and Lebanon, the first impression I’ve got in Morocco tells a different story. Lettering as well as logos, signage and ephemera do not seem to follow a developed scribal tradition but often occur to be ad-hoc, half-informed expressions that lack a distinct identity. 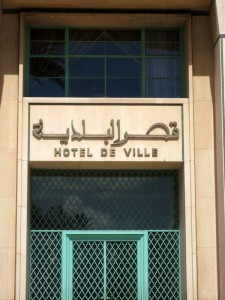 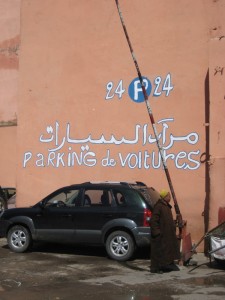 Obviously, this description can’t be more than an impression, a first glimpse at a wide and multi-layered question. Upcoming visits will certainly help to establish a more conclusive and succinct image of the state of affairs.

What remains to be said? It’s been a thoroughly enjoyable and enriching week, full of interesting encounters and exchanges and cheerful moments. Thanks to the students and the ESAV!